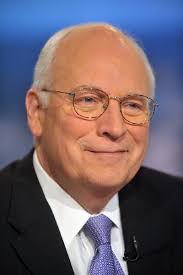 Disarming the Imposters: What Does Original Sin, Pearl Harbor, JFK, 911 and Covid 19 Have in Common?

Exactly This:  They are all fabrications, weapons of war against the Human race, lies, damned lies, and  false flags.

Dress up like your enemy, blow your own country up, blame him, invade to stop terrorism and protect life.

Create a religion which monetizes sin and salvation. Start with the premise that Mankind is in a fallen state, sinful and in need of rescuing. The Papal Bull of 1302 by Pope Boniface is based on this gargantuan deceit. It’s still the operating system at the Vatican and has replaced the True Gospel of Jesus for over 2000 years. To the Vatican and its enabler Rothschild, whose charter includes being “Protector of the Vatican”, you and I are “lost at sea”, adrift, a ward of the state and in great danger, needing  to be cared for and managed properly. In their benevolence, the Church and State created a trust, funded by our Birth Certificate, registered at the Commerce Department. This trust is a fictional corporate franchise which misrepresents itself as you. Unless you understand the vast difference between the corporate you and the real you, you cannot exercise your rights effectively. America went from being a Republic to a Corporation in 1871, when Rothschild loaned money to the devastated  post – Civil War economy. A condition of the loan was that America would enter into debtor status and every state citizen become a franchise of the Corporate State.  As a debt slave, you cannot own anything. You don’t have Title. You have Certificate of Title. The State has Title. That’s why the State can take your kids and inject them with poisons if they want to. It’s their property.

The Communist Left, which has nothing to offer the People of America and the World except lockdown, is constantly creating mayhem, then blames whatever the party in power happens to be. This worked in Russia in 1917 and it’s working here in America.

The Sorcerers and Black Magicians at the World Bank, the Vatican, the Mossad and CIA, the ones who pull the strings at the UN and WHO, are constantly imagining scenarios and creating them into our reality by staging events and controlling the Narrative around it. Shock and Rescue, Good Cop/Bad Cop

We have been under this gun since the moment our mother gave us birth and it is high time we disarmed the Imposters.

That’s what the Deep Revolution is all about:  Freedom. Rights. Realizing the Inherent Dynamic Unity of all Life. The refusal to impose or allow false dichotomies, hidden agendas, and deception.

Not a franchise, not an android, not a slave, not a cyborg, not a trans-human, not a machine, not a fictional trust, not a biological computer running on Malware.

Then we will be Adults. Adults take responsibility for themselves, for their beliefs and for the implications of those beliefs.

Adults know how to say No, an Act of Love.

Let us all issue a Personal and Collective No to everything that divides and desecrates the Beauty and Sacredness of Life.

This is the Condition that must be met if we are to have a World that is truly, deeply sane and integrated with the Core of Life, Love, Freedom and Happiness.